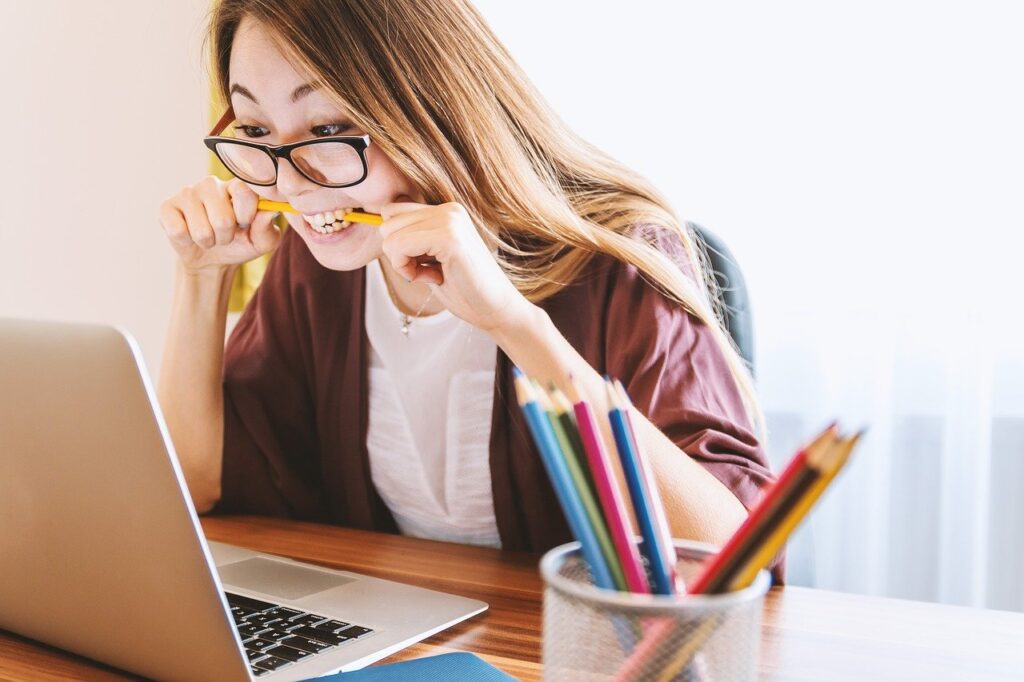 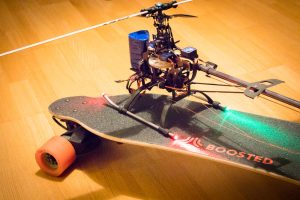 Time for an absolutely educational science-free blog post 🙂 . It´s about friendship with an outstanding battery cell that just some time ago re-entered my daily life. Whilst flying rc helicopters in the days of being a senior researcher, my remote piloting fellows and I discovered the new cells from A123 systems, called the 26650. The name comes from its dimensions, being 26 millimeters in diameter and 650 millimeters long. But the outstanding features of this cell affect their chemistry. They use nanophosphate lithium iron phosphate (LiFePO4) electrodes, which where an absolutely game changer in the world of rechargeable batterys. To understand that, you must know that rc helicopters (whilst of course being toys, obviously) are one of the most demanding devices battery wise. An electric rc helicopter needs some hundred watts of power just to lift of and hover, not to mention accelerating, braking and turning. Most of them being relatively low-voltage systems means that cells have to deliver a huge amount of current without dropping the voltage. We speak about 20 to 30 Amps continuous current and pulses around 50 to 100 Amps. 26650 cells deliver these currents without any problem and more than that, they are quick chargeable and intrinsically safe. Official quick charging for these cells means: They are full in 12 (!) minutes, and intrinsically safe means: They don´t explode or start burning, what other lithium battery systems used in rc models just do sometimes, besides the fact that they don´t last long anyway. So, with three packs of those cells (used in a configuration you see in the photo and we called „3s pyramid“, meaning three of those cells in serial), you just could fly endlessly. 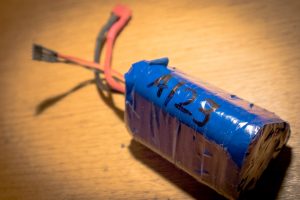 One pack was in the heli flying around, the other two where charging. And even with two packs you could fly uninterrupted, because (that is not in the data sheet…), those cells are incredibly abusive-resistant. Even if you charge them more than quick (being full in the same time you empty the flying pack) they hold up. And they last, and last, and last. With my first two packs I made tally sheets, and I ended around 1000 cycles (yes, we flew a lot, and btw, we crashed a lot…), and the cells had just lost some 5% of their capacity, which means in daily life they behaved like brand new. But flying rc helis technically is not only about batterys, it is also about efficient and powerful motors. Some years before A123 invented the 26650 cell, DC brushless motors made it possible to replace nearly every internal combustion engine in an rc model with an electric motor. DC brushless means that these motors are simple mechanical devices, consisting of a set of coils (the stator) and permanent magnets as the turning rotor. In contrast to conventional electric motors there are no carbon brushes to transfer electricity on moving parts. Instead, an electronic controller converts the DC power from the battery cells to three phase AC power inducing a rotating magnetic field in the stator coils which makes the rotor turn. Those little motors are very, very efficient and use the same principle as the big AC synchronous motors in heavy machines like cranes. So, LiFePo4 cells and brushless motors together where the perfect couple for the small niche of high demanding electric toys.

And guess what? Thinking about some fun for my daily commute I remembered my days skating and surfing, and the Boosted Board came into my view: An electric longboard powered by, yes, 26650 cells and of course a pair of DC brushless motors, controlled by a handheld remote. What a fun carving around and how impressive to feel the power such a little electric propulsion system can deliver. The maximum peak is around 2 Kilowatts, which means that you just fall off 🙂 from the acceleration until you are very, very used to it. And, efficiency wise, the Boosted Board usese less energy to transport me than an electric streetcar. I am wondering if these little devices are part of the future for urban transportation, being street legal in California and some other states in the US whilst under review as PLOFs (Personal Light Electric Vehicle) by the European Union. So, LiFePo4 and DC brushless have come a long way and are now boosting urban transportation. Under the view of sustainability this little electric revolution may be as important as Teslas electric cars. And of course, it is at least as much fun.